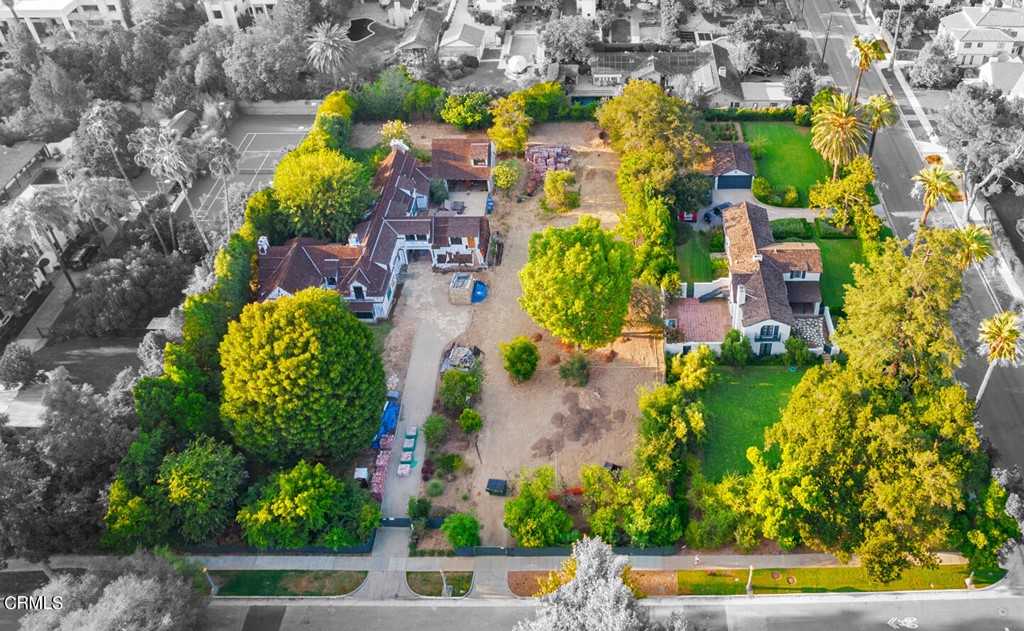 The Lombardy Parcels: An extremely rare opportunity to acquire adjacent parcels in one of the most coveted neighborhoods in Pasadena. Anchored by the Guy Witter House, Co-Founder Dean Witter & Co, at 1565 & 1579 Lombardy Rd. Spanning 7,903 sf, the 6BD/8BA Guy Witter House was originally designed by Roland Coate in 1925. The antique brick veneer Cape Cod home has been completely rebuilt and redesigned while maintaining and adding additional internationally sourced architectural elements. Reclaimed, antique French beams were added when the ceilings were raised on the ground and upper floors. Chimneys were rebuilt by hand with reclaimed materials. The finest hardware & steel from Belgium was used throughout. New systems have been installed and the house reframed. Rebuilt w/comparable materials & craftsmanship as those used in the Roaring 20’s, the house is a modern-day example of how these magnificent homes were originally built. Seller is in process of finalizing permits to finish The Guy Witter House.In 1919, Pasadena approved the Arden Grove Subdivision, advertised as an exclusive subdivision with all underground wiring for electricity & telephones. The 1923 offering was sold-out by 1930. Not since, has the chance to purchase adjacent parcels, concurrently, been available. A remarkable prospect to create a legacy property for generations, in one the best areas in Pasadena and greater Los Angeles.